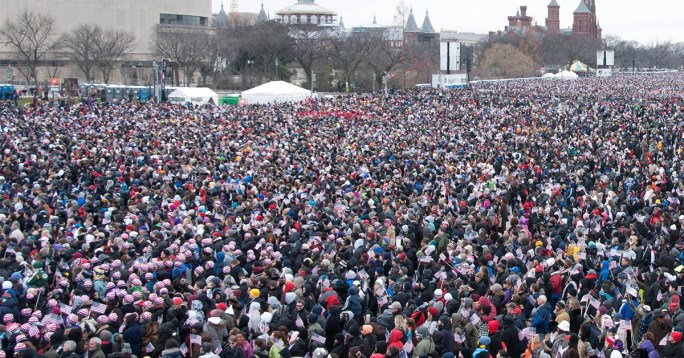 The USPPFOP filed a complaint with the Department of the Interior, Inspector General titled, “Report of Gross Negligence in Staffing at the Presidio, Washington, D.C. and New York Field Office – Public Endangerment – Request for Investigation.” You can read the complaint below:

END_OF_DOCUMENT_TOKEN_TO_BE_REPLACED 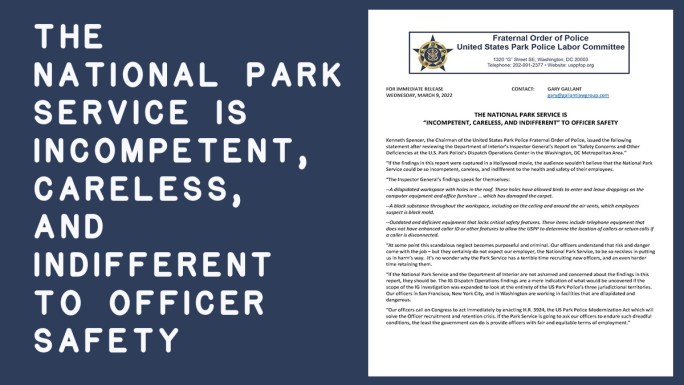 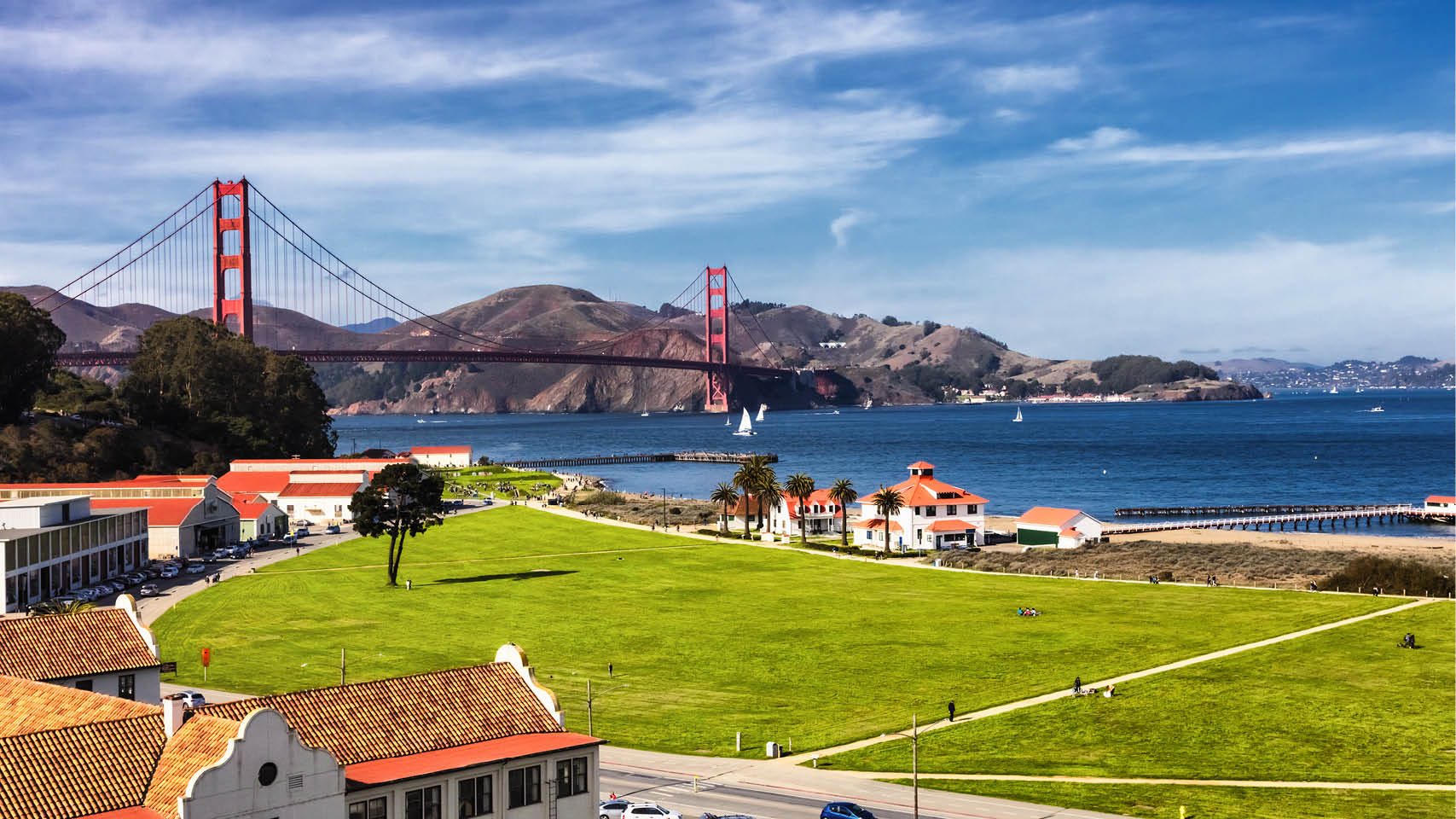 In 2018, the Golden Gate National Recreation Area (GGNRA) had approximately 15.2 million visitors making it the most visited area in the National Park Service. The most visited parts of this area are patrolled by only 48 United States Park Police Officers (USPP). Twenty-two of those 48 are in uniformed patrol assignments. USPP Officers in this area not only have the usual park responsibilities they also patrol the private residences, businesses, and schools in the Presidio/GGNRA. Though traffic, population, and visitation have vastly increased over the last 4 decades, the U. S. Park Police has about the same number of officers that they had when they started operations in the GGNRA in the mid-1970s. The reckless understaffing of the USPP by the bureaucrats of the NPS endangers everyone who visits the Golden Gate National Recreation Area. Simply put, the USPP isn’t provided with the resources needed to patrol the GGNRA safely and effectively.

SAN FRANCISCO (CBS SF) – The Golden Gate National Recreation Area regained the top spot as the most visited site in the National Park System in 2018, officials announced Tuesday. The recreation area, which includes Crissy Field, Muir Woods and Alcatraz led the system in visitation with 15.2 million visitors, beating the Blue Ridge Parkway and its 14.8 million visitors.