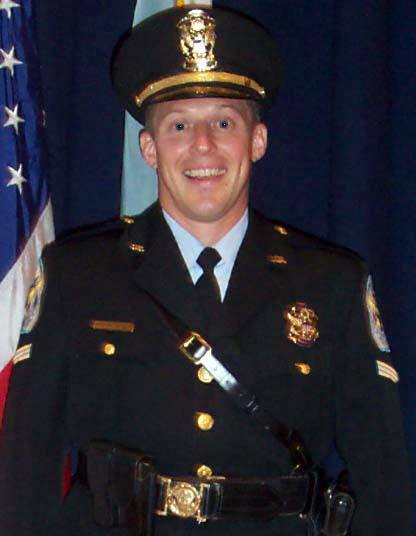 On December 16, 2011, Sergeant Michael A. Boehm suffered a fatal heart attack, when he was assisting with the treatment of an injured person. The patient had jumped off of the Key Bridge into the C&O Canal in Washington, DC.  DC Firefighters at the scene immediately began treating Sgt. Boehm. He was quickly transported to Georgetown University Hospital where despite the efforts of the Emergency Room staff he died.

Sergeant Michael A. Boehm was born in Pittsburgh, Pennsylvania in 1966. In 1984, he graduated from Bethel Park Senior High School (Bethel Park, PA), where he played football for the “Hawks.” Sgt. Boehm enlisted in the United States Army in October of 1985 and was Honorably Discharged in October of 1987. He achieved the rank of Specialist (E-4) during his service. After the Army, Sgt. Boehm attended the Edinboro University of Pennsylvania where he majored in Criminal Justice. During his senior year, Mike performed an internship with the Erie Police Department. Erie is a city, with a population of approximately 100,000, located on the shore of Lake Erie in Northwest Pennsylvania. His experiences during that internship strengthened Sgt. Bohm’s desire to become a police officer. He graduated from Edinboro with a B.A. in Criminal Justice.

While in San Francisco Sgt. Boehm became certified to patrol on a Mountain Bike. He developed his riding skills and became a highly effective bicycle patrol officer. His passion for bike patrol eventually led him to join the International Police Mountain Bike Training Association (IPMBA).

In June 1996, he was transferred to the United States Park Police Central District (D-1) where he continued to serve as a Patrol Officer. The Central District is responsible for the National Mall in Washington, DC. Two years later, he volunteered to serve on the Crime and Violence Task Force, that assisted the DC Metropolitan Police patrolling areas of the city plagued by violent drug crime.

During this time, Sgt. Boehm became a certified Paramedic. After a highly competitive process, he was selected to serve as a Rescue Technician in the USPP Aviation Section. While assigned to the unit he flew missions rescuing injured people, assisting the U. S. Secret Service with Presidential Protection, rescues in the rapids of the Potomac River, and searches for fleeing criminals. While assigned to the Aviation Unit, he was promoted to Sergeant.