On Thursday, August 30, 2018 , President Trump informed Congress that he had  determined that for 2019, the across‑the‑board pay increase of 2.1% s and the 25.7% locality pay increase would be set at zero. He added, that this action “will not materially affect our ability to attract and retain a well‑qualified Federal workforce,”.

During an event in North Carolina on Friday, President Trump announced that he would study his decision over the weekend, He stated, “I’m going to take a good, hard look over the weekend.”  This was apparently a reaction to a bipartisan outcry from members of Congress. See: https://www.cnbc.com/2018/08/31/trumps-federal-employee-pay-freeze-could-harm-house-gop-in-virginia.html

At this point, no one knows what’s going to happen. There is support for the Senate spending bill that sets the general raise at 1.9%.  Congress can overrule the President if they pass a spending bill that specifies a pay raise. However, the House spending bill does not contain any pay increase. What the pay raise will be depends on the outcome of negotiations between the House and Senate on the final spending bill. See: https://www.cnn.com/2018/08/30/politics/trump-cancels-federal-employee-pay-raises/index.html

If there is no pay raise in 2019, it won’t the first time in the last decade that there was no Federal Pay Raise. See Chart Below: 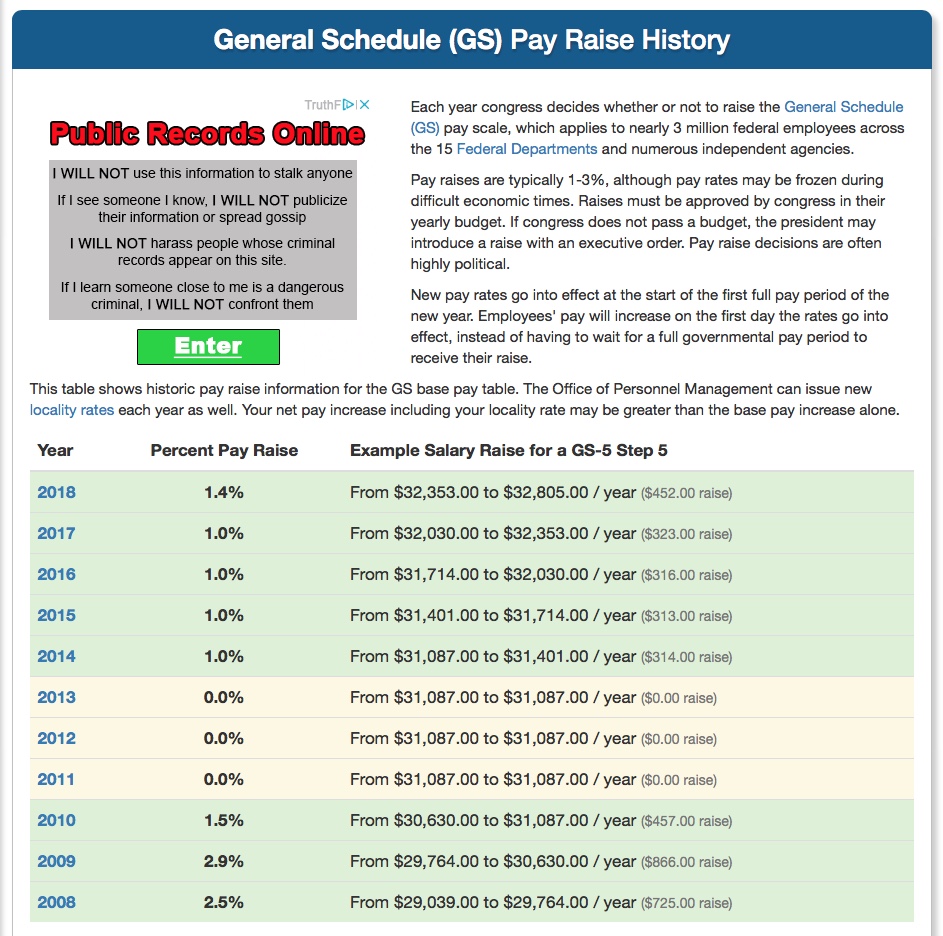 Given the nationwide problems with police recruitment and retention and that in many urban areas federal police officers are paid less than their State and Local counterparts, there is evidence that failing to raise pay in 2019 will have some negative effect on Federal Law Enforcement’s ability to recruit and retain officers. See: